U.S. Government shuts down over Dreamers 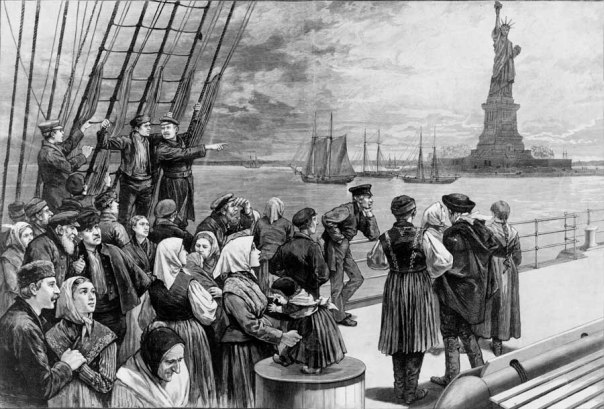 “The rich stand on the same footing as the poor. Wealth and possession of real estate confer not the least political right on its owner above what the poorest citizen has.”
– A German immigrant to America

The government has shutdown over the Deferred Action for Childhood Arrivals (DACA) program, or so it seems. Many democrats are asking, why this of all the issues they could bargain with? Many republicans, including the President, are suggesting that democrats care more about illegal immigrants than our military. Perhaps, however, the better question is, why are republicans holding strong against 800,000 children who were brought here by parents escaping horrible living conditions in their own countries? It seems a small compromise for republicans to make and a cruel and unnecessary demonstration of inhumanity to insist on holding our budget and government hostage unless we deport them.

Our government is a republican form of government, not a straight democracy. A republic places limits on the government by the law to protect minority rights. This means that certain inalienable rights cannot be taken away by the government even if a majority elects them into office. A pure democracy is “rule by the omnipotent majority.” In a democracy, an individual, and any group of individuals composing any minority, have no protection against the unlimited power of the majority. It is a case of Majority-over-Man. For those who do not like the federal government to have too much power or control over their lives, this is the check against it. It alone is what stops mob rule. This is important because any of us could at some point in time be in the minority, whether race, religion, or political affiliation.

I don’t know why democrats are insisting on making DACA the lynch pin of passing the budget but it may very well be because it’s the right thing to do. Those children did not ask to be brought to this country illegally; they more than likely had no choice in the matter. In this country we generally believe that parents know best what is good for their children and would support the parents’ decision in almost any other situation.

Congress recognized that these children should not be penalized for the actions of their parents and therefore set about coming up with a solution for them. It’s the humane and ethical thing to do. The Dream Act Bill was first proposed in Congress in 2007, then again in 2011, and then after a lot of work, passed in 2013.

What the Dream Act Bill created was immigration policy, DACA, that that allowed some individuals who entered the country as minors, and had either entered or remained in the country illegally, to receive a renewable two-year period of deferred action from deportation and to be eligible for a work permit. As of 2017, approximately 800,000 individuals – referred to as Dreamers after the Dream Act Bill – were enrolled in the program created by DACA. These people willingly enrolled in this program.

To address the issue of American job loss, there are no known major adverse impacts from DACA on native-born workers’ employment and most economists say that DACA benefits the U.S. economy. The loss of immigrants, however, could negatively impact our economy. And last, to be eligible for the program, recipients may not have felonies or serious misdemeanors on their records. In other words, these are good kids who will become good citizens. There is no evidence that DACA-eligible individuals are more likely to commit crimes than any other person within the United States.

This looks like the fair and morally superior solution to deportation. The only question that remains is: Why are republicans making the future of these children the lynch pin of the budget? What do they lose by allowing these children to stay and become citizens? What do any of us lose? The answer, sadly, is nothing. We lose nothing except the image we portray to the world of our humanity by what we are willing to do to the least of our brothers and sisters. They, on the other hand, stand to lose a lot.

Our country was founded and established by mothers and fathers seeking escape from their home countries, who risked it all to start a new life in a new land. We would be wise to exercise humility and care when affecting the fate of other human beings, especially when it costs us nothing to do so. This land is big enough for all of us; it is great because of all who came here, worked here, lived here, and died here. Immigrants built this country. Who are we to claim they no longer have a place here? What right under our republic do we feel morally entitled enough to do that?

As a federal civil servant I am not glad that the government has shut down, I have something to lose in this, but I am glad that there are individuals in Congress who will fight for the rights of others, who will put it all on the line for children who deserve a fighting chance, from a country that has lured generations of people to its shores with the promise of freedom and opportunity to dream big.

“Fact Check: Are DACA Recipients Stealing Jobs Away From Other Americans?”. NPR.org.